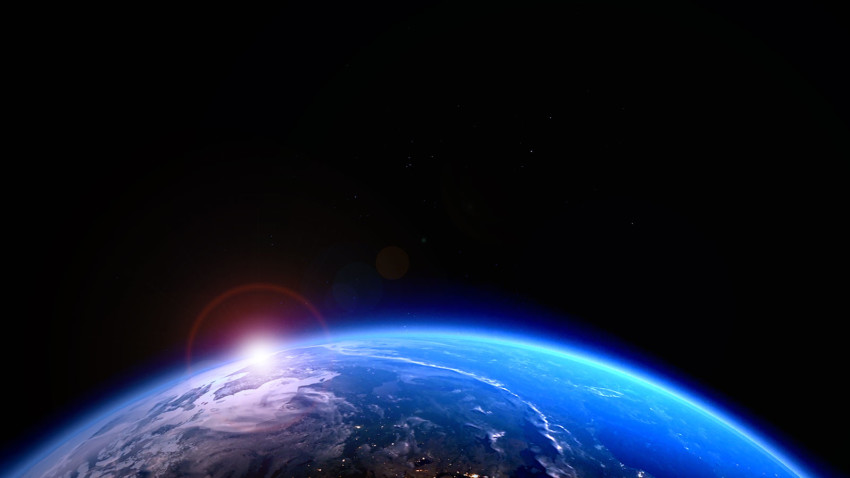 In today’s international panorama, Iran represents a country that offers a wide range of opportunities for promoting trade relations and Italian know-how, given the emerging relations between the two countries, and embodied in multiple and consolidated solidarity agreements with the Simultaneous allocation of permanent diplomatic representations in their respective capitals. In fact, it appears as despite the torpedo sanction scenario that has invested Iran in recent times, however, the country has maintained a stable ties with Italy, which in the state continues to play a role as a privileged interlocutor and potential business partner most required . Undeniably, the country’s surrender to a severely sanctioned facility, which has recently ceased, has greatly hampered its momentum towards foreign trade relations. However, the economic barrier has gradually become softened with obvious signs of recovery due to the high potential of the country, which has become the reference point in the new productive locations with the establishment of foreign companies on the territory and frequent visits by Numerous delegations of Italian entrepreneurs representing small and medium-sized companies.

The interest from Italy is justified by various factors which, taken together, make the country desirable to develop the world economy. First of all, the country’s geographical position, which confines itself to seven different states, acts as a crossroads between Europe and Central Asia, paving the way for possible business start-up with and to some countries, formerly Soviet. Adding to this, stable and ever-growing population growth, reaching high indices: Iran is in fact about 80.5 million people with an average age of 24 years. It is a heavily urbanized population which also records a literacy rate of 80%, which is the most important for the country to invest in human capital directed towards full social, political and economic development. It is intuitive, in fact, that such a demographic index is closely related to the economic expectations of the population due to the characterization of market demand for residential and luxury housing as well as office, property and housing Civilian as well as furniture elements in which Made in Italy meets the demands of the most capable Iranian class, very close to Italian style and interested in high-end home appliances and premium accessories designed to embellish homes developed in the new urban centers in Continuous expansion.

Urban proliferation is closely related to the implementation of modern infrastructure in the city, which is equipped with a large airport facility, a high-speed rail network and a state-of-the-art underground infrastructure, making a significant contribution to the business Which in fact equals to 10% of GDP. This potential for the transport sector contributes to energy self-sufficiency, increased by the extraction capacity of available resources in nature. Here, the energy sector together with the automotive and transportation industry sector are considered the driving forces of the entire Iranian economy.

The demand for business co-operation and the establishment of joint ventures with foreign brands is increasingly urged by the Iranian commitment to modernizing and upgrading existing energy systems with its development plan for alternative sources and applying avant-garde and know-how technologies -how the scope of renewable energies. It is Iran’s mining capacity, qualifying as the country’s fourth-place oil tanker. Nevertheless, we have to point out that the same has experienced a significant decline in recent years with a collapse in production due to the impossibility of accessing the sector’s specific instruments supply by virtue of the torio sanction system. Since the implementation of the implementation day, the Government’s main goal is to replenish the investment deficit in the hydrocarbons sector and, to this end, the products of Italian instrumental mechanics characterized by a strong propensity to export as well as a high level Of competitiveness, serve as an indispensable means the Iranian partner can use and benefit to increase his share of global market penetration.

In these terms, the mining and hydrocarbon mining sectors are areas of significant economic interest since the assistance of Italian mechanical industry operators would greatly contribute to the implementation of scientific evidence for the extension of the on-site field , Also resulting in a workforce surplus. The tremendous scope of opportunities that this country offers is evident from the role played by the manufacturing and textile industry, which the Italian investor should not underestimate because of the attractiveness that Italian fashion and design have to do with the A globalized international trade.

Take a look at the various economic-sectoral areas aimed at capturing potential entrepreneurs, leading them to participate and give real momentum to the Iranian market; It is important to emphasize and illustrate the tax and regulatory benefits that make the business environment even more favorable. Particularly attractive are the tax benefits accorded to investors due to the application of a corporate tax rate of 20% and the possibility of obtaining a tax exemption equal to a means of gain through reinvestment in development and / Or guaranteed by reconstruction in industrial plants, both projects subject to screening and approval by the competent Ministry. There is also a total exemption for the export of agricultural products as well as for the importation of unprocessed goods destined for a subsequent export. To attract foreign investment contributes to Iran’s presence in certain areas, Free Zones and Special Economy Zones, where, subject to specific conditions and requirements, exemption from payment of customs duties is extended up to 20 years for Foreign entrepreneurs, as well as other taxes on the import of goods. This undoubtedly facilitates the promotion of the foreign trade initiative also in view of the qualification of the country in the category belonging to the Wliite List, a prerogative that does not imply for the Italian tax authorities the adoption of any caution in the conduct of the commercial activities carried out On the territory by Italian citizens. The aforementioned tax benefits are reinforced by integrated legislation that gives concrete implementation to the favor of tax-exempt investment.

Adhering to international agreements with Italy as well as subscribing to ad hoc bilateral treaties facilitates integration and business engagement in Iran with the underlying intent of building a market for internationalization of goods And services. The Free and Special Economy Zones have been introduced by the Iranian Government through the adoption of regulatory innovations ex post in the promulgation of a Foreign Investment Promotion and Protection Act (FIPPA) – the integrity of the entrepreneur A foreigner who is allowed to set up Iranian companies with the full exercise of a full power of control with the peculiar guarantee of state expropriation.

From a legal point of view, it is necessary to consider Italian companies, when exporting goods, technology and know-how to Iran, to comply adequately with the European Union regulations still in force. One side have alleviated the embargo against Iran, on the other have established authorization procedures and the need for a license to export some goods from Italy. In addition, there is a need for companies to make proper screening of Iranian commercial parnters companies to verify that they, their parent companies or subsidiaries or control companies, are not in the black list of the European Union. It should also be noted that adequate compliance with the export regulations for dual-use goods remains necessary.

These are therefore the topics that are to be dealt with more widely in the following articles through a focus on international, tax and corporate governance, international conventions, trademarks and financial insurance frameworks, witnessing the opening up of Iran to markets and traders Foreign, not the last Italian ones.

WE LOVE OUR CLIENTS

We put the client at the hearth of every our action and we try to “educate” our clients at adopting the same approach. We are Marketing, Sales Management and Business Development experts so we know well the value of a satisfied client and how could be deleterious the loss of one. Losing a client has both direct effects on revenue, and indirect effects on the corporate image and it also undermines the possibility of finding clients with the “word of mouth”. All of this is nowadays even more exasperated by the disarming immediacy of the web.
We take care of the clients in every step of the business relationship. We are available, reactive, pragmatic and sensitive and we have internal processes and computer tools that can go along with this orientation. This is much better than merely put the capital letter at the beginning of the word “client”.
Our concept itself of “marketing” is strongly affected by the marriage with the customer-centric philosophy. For us “market-making” is not just having a good capacity in communication, in promoting and positioning our products, in adopting always the more correct pricing policies. For us marketing is summarized by the American writer and businessman Seth Godin: «Marketing is the way your people answer the phone, the typesetting on your bills and your return policy»

iWIZ deals with marketing and technology playing such practices as inseparable components of the right mix of knowledge transferred to its customers.
Through the synergy between our two business lines, Innovative Solutions and Trading & Innovation, we cater to both the medium and large market companies by providing design services and implementation of networks and architectures, even complex, collaborative portals and solutions for management of information and processes, especially those unstructured, and SMEs to which work alongside us to help them improve their performance by recovering competitiveness through strategic planning, communication, the development of markets, including foreign markets, the management of the relationship with (CRM) technology, innovation, web, e-commerce.
Among the clients we include both large international companies and both domestic small and medium enterprises of various sectors, from retail to industry through the services and advice.
We aim to become the benchmark for corporate communications, corporate branding and digital marketing. We approach our projects with the understanding that, in order to maximize the objectives, it is essential to integrate and coordinate the web, digital and more traditional instruments at our disposal and use them in synergy within the framework of a strategy.
A strategic use in particular of digital channels and social media is in fact the most effective way to create quality content, generating social engagement and, thus, create value for the enterprise.